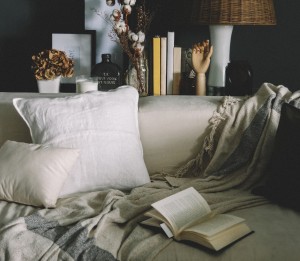 When you were in your 20s and experimenting with dating, having sex early in a relationship probably wasn’t a big deal. As you mature and decide that you want a long-lasting relationship, the timing of sex makes a difference. Why? Because the stakes are higher and allowing intimacy too soon can backfire on you.

I asked a group of men what they thought about women who agreed to have sex on the third or fourth date. Each admitted that when this has happened in the past, he stopped thinking about her as ‘relationship material,’ and it just became fun for him. His perception of her definitely changed.

Don’t get me wrong. Sex is an important part of a relationship. However, sex without a solid foundation does not mean intimacy, nor will it sustain the relationship. If your physical attraction to him is really intense, it could mean that one or both of you is coming on too strong, too fast. Bottom line: there are no shortcuts for getting to a monogamous, exclusive relationship. If a man has to work for and wait for sexual intimacy, he will likely value it much more, as will you too.

Another thing to consider: the relationship changes for you, as a woman, once you sleep with a man. You feel a connection and attachment, which can create a false sense of intimacy. Most (but not all) men can have sex with a woman without having deep feelings for her. This is a major reason to hold off on having sex until you know he’s the one you want to be with exclusively.
Once you know him well and have developed trust over many dates, “couch time” is allowed. Couch time can happen during the casual dating phase, before exclusivity. It involves sitting or lying on the couch together while keeping all of your clothes on—no matter how many glasses of wine you’ve had.

When you set a couch-time boundary with men, the ones who are serious will agree to wait. You’ll weed out the players and the ones who just want sex. Many of my clients and their partners love couch time, even after they decide to be in a committed relationship. It’s a great way to explore physical intimacy and sensuality without going all the way.