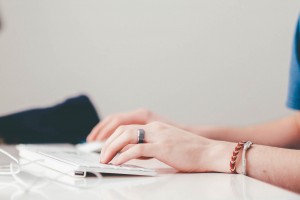 One recent trend is dating sites exclusively for mobile devices. Yes, I know that all the websites, such as Match.com and OkCupid, have mobile apps. But some sites are built to be used only on a smart phone or tablet.

One is called Hinge.co. Instead of matching strangers, it matches users who share Facebook friends. It appears the upper age limit is 40-something. I’ve let them know they’re missing a market opportunity with the 40-plus crowd!

Another dating app is called Siren.mobi. It puts women in control of their visibility and encourages them to make the first move. It’s currently being tested in Seattle and Portland, and it’s only available for iPhones at the moment. Founder Susie Lee said an Android version will be released in the coming weeks. I’m excited about the potential of Siren!

Then there are the matchmaking services—a whole different ballgame. Another local business is called StraightToTheHeart.net. The founder is a woman, Peggy Bennett. She provides everything from matchmaking to wardrobe advice, and even body language tips. I like that she cautions women to hold off on sex. Brilliant advice! If you’re tired of the online dating world and can afford matchmaking services, you might want to give them a try.

Both the Hinge and the Siren apps are free to download. Straight to the Heart customizes their pricing based of each client’s needs.

I recently had lunch with Shari Marion, the new owner of the local It’s Just Lunch Seattle. She brings a fresh perspective to dating when you’re older. Plus they’ve added some interesting new ways for introducing people such as group dates with more than one couple. They’ve found this not only can lead to love, but also friendships. They also now offer different levels of matchmaking packages depending on your budget.