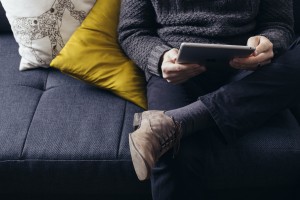 I’d just turned forty, was single and dating a lot. But none of the men I was meeting seemed to be turning into long-term relationship material. What did they all have in common? They were all unavailable. Today, it’s crystal clear to me why this was happening, but at the time I was so incredibly frustrated and exhausted from riding this dating roller-coaster.

Here are a few of the unavailable men I dated:

“Push-Pull Peter” and I lived in dysfunction for a long time—classic codependence. Most times he sucked all the air out of the room from me, friends, etc. He was highly critical of me, my looks, what I was wearing and anything I did. It was hard for him to be alone, so he’d badger me to join him in everything. It got so bad that I’d disconnect or disappear into my own world in order to create my own space away from him. I’m not kidding! I even spent hours training for a marathon in order to get space away from the relationship. Crazy huh?

“Rich Ron” was a very successful business man—smart with houses, cars, etc. But he was a classic narcissist and emotionally wounded. He’d been single since his ugly divorce. He was an alcoholic, extremely reckless, and possibly a misogynist. The relationship didn’t last long. When he called his daughter a little “b**ch” I knew we were finished.

“Dog Park Dan” had built his own business which was his entire identity. He was a workaholic and emotionally unavailable, working ten to twelve hours a day, including weekends. His priorities: his business, his children, his dog, and then maybe me. At 52, his longest relationship was 6 years with his first wife. Post-divorce, his relationships lasted maybe 12 months at most. He pursued me hard, then once he got me, he disappeared emotionally.

Any of these men sound familiar to you? In hindsight, these relationships were insane, I know. But when I was in them, I thought I could get each of these men to love me and want to be in a happy, fulfilling relationship with me. But the harder I tried, the worse it made the situation until they each needed to end.

Unavailable men can come in many shapes and sizes. Aside from the ones who are married, gay, or living in another city, there are men who are seemingly available at first, but end up wasting your time if you you’re dating to find a long-term relationship. They are:

These men really want to be in a relationship, but can’t. At least not in one that’s healthy and sustainable for the long run. They crave the idea of a great relationship, but underneath this is an inner critic telling them “you are not lovable.” So they will likely chase you until you finally say “I care about you,” “Yes, let’s have sex,” or “I’m falling in love with you.” These are the words they want to hear but can’t because they don’t believe they are lovable.

They stop returning your phone calls, distance themselves, sabotage the relationship and ultimately disappear. You’re left wondering what the hell just happened! It seemed to be going really well, but suddenly it ended.

I could have avoided the likes of “Push-Pull Peter,” “Rich Ron,” and “Dog Park Dan” had I known how to ask better questions on the first few dates. I could have spared myself a lot of heartache. This is why I devote a lot of time in the DateWise program providing tools for you to explore your dates’ past caregivers, childhood and adult relationships.